There’s a story written on all of our faces.

A story of who we are. Of where we’ve been.

Through her photography, Leah Denbok seeks to capture the stories of people experiencing homelessness and offer viewers a glimpse of their struggles. 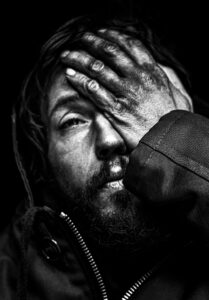 In 2015, when she was only 15 years old, she created Humanizing The Homeless, a series of portraits of people experiencing homelessness primarily from Toronto. The striking images are accompanied by stories about their lives, their passions, and their struggles.

Leah was drawn to photography from a young age. After coming upon the work of British photographer Lee Jeffries and his striking portraits of people experiencing homelessness, her father Tim suggested she look for opportunities to create her own.

“Going into it, I was somewhat naive about their lives and had many of the negative stereotypes that people often assume,” she said. “But as you soon discover, people experiencing homelessness can be some of the kindest, most humble people you’ll ever meet.”

But her belief in the project also comes from a personal place: her mother, Sara, was once homeless.

As a child, Sara was found in the streets of Calcutta, India in the early 1970s, and was brought by a police officer to Mother Teresa’s orphanage. From there, she was adopted by a Canadian couple near Collingwood.

“I realize that if not for people having empathy for people experiencing homelessness, I wouldn’t be alive,” she said.

Humanizing the people she photographs and encouraging empathy lay at the heart of the project. 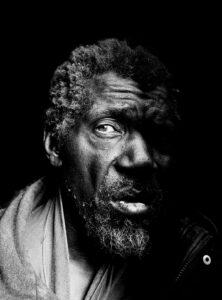 After capturing hundreds of images and stories in cities in Canada and internationally, Leah said what inspires her to keep the project going is knowing that the work is helping change perspectives.

“I think if anyone actually took the time to listen to what people have had to go through and experience just to survive, they’d be shocked,” she said.

“I receive from people who’ve seen the photos saying they’re not just going to walk by anymore, and that they’ll stop just pretending that they aren’t there.”

After several years, Leah collected her works into three volumes of photography books, with all proceeds going to support local emergency shelters. The fourth book in the series will be released later this fall.

To learn more about Leah and her project, visit https://www.humanizingthehomeless.org/