Why I work for The Mission: DYLAN 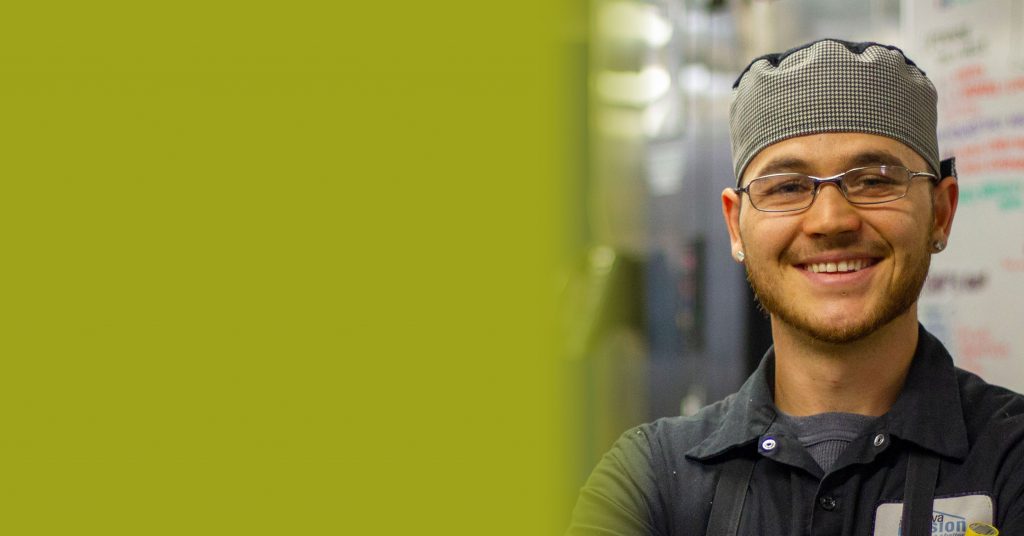 Dylan has had a lot of pain and hardship in his young life. But he has also accomplished more than he ever dreamed possible, and credits The Mission for supporting him when he needed it most.

When he was very young, Dylan had fallen into alcohol and drugs, and spent time in jail. Although his remorse was overwhelming, with the love of his family, he achieved his high school diploma while incarcerated, and also discovered he loved working in the kitchen there. Upon release, he enrolled in and graduated from the FSTP, and then from Algonquin College’s Culinary Management Program on the Dean’s List and Honour Roll!

Dylan felt part of something special at The Mission: for the first time in his life, he didn’t feel judged. He got a job in The Mission’s kitchen in 2019, and built on this in 2020 by becoming the new FSTP Coordinator. “I really developed a passion for helping people because if someone could do that for me, I should be paying it forward.”