How one man discovered the art of ascending from depression

How one man discovered the art of ascending from depression

“I once spent an entire week,” he says, pausing as though using an imaginary highlighter, “an entire week, at the Hull casino. Living on coffee.”

No sleep, no gambling, just wide-awake, nowhere to go, nothing really to do but hide from the cold.

It’s just after lunch at the Atomic Rooster restaurant on upper Bank Street. A pitcher of beer is being served at the next table, an early start for a couple of the boys on stools, Seahawks highlights playing on a sports channel.

Cole, 61, is in a corner booth. A thin man, he wears big, windowpane glasses, a cableknit sweater, a newsboy hat. An electric cigarette dangles from his neck.

It’s a good week for him. He is part of a three-person art show that just opened on the walls of the Rooster. It’s official: he’s a struggling artist.

“I don’t have spikes anymore,” he says, moving his hand in a long wave motion. “For the last 14 or 15 months, I’ve been flatlining, and that’s fantastic.”

For a long time, his mind raced, this engine that just wouldn’t turn off. “Up until two years ago, I thought chaos was normal.”

He worked with computer systems most of his life. Banks, the CBC, Canada Post, the feds. He was twice married, but generally unsettled and angrier than was good for him.

He split up with his second wife, had “a nervous break-down.” This was followed by months and months of couch surfing, until he landed, near rock bottom, at the Ottawa Mission on Waller Street. “My life was a muddle.”

He was put in touch with medical staff. Diagnosis? Depression. Cole was put on medication for the first time.

He also began attending the Mission’s day program, an opportunity to talk about his history and outlook, and stuck with it for a full year.

There was a lot to cover. Cole says he grew up in a dysfunctional family where alcohol played havoc. He was four, he says, when his parents decided it would be a good idea to hitchhike across Canada. With him in tow.

He grew up in a hurry, later having to care for younger siblings. “I went from hell to hell in servitude.”

At age 16, now in Toronto, he left the house. He eventually enrolled at the Ontario College of Art, but worked nights at a big brokerage firm, reconciling accounts on earlydays computers. He was good at it.

Computers and financials would be a big professional preoccupation for him for the next decade or two.

He once held jobs in Toronto and New York, commuting to both weekly from Ottawa, where he had a wife and stepchildren.

You bet his mind raced. “I have to fight all the time to get these things under control.”

Dr. Simon Hatcher is a psychiatrist at the Royal Ottawa Mental Health Centre who does rounds at the downtown shelters.

Undiagnosed depression is a big problem in the general population – as many as a third to half of sufferers don’t get help – possibly more so in a hard-to-house population.

“Stigma is a big one,” Dr. Hatcher said, when asked about the barriers to treatment. “Lack of recognition. People who self-medicate.”

The illness also “presents” in ways other than a simple feeling of sadness: poor sleeping, agitation, restlessness, loss of pleasure in regular activities.

There is good news about depression, which tends to be recurring.

“The bottom line is depression is very treatable.” Indeed. Treatment has turned this one man around.

When it comes to art, Cole draws on simplicity. He has on display eight abstract pieces that use a poured acrylic method and simple shapes, often primary colours: a red square against a blue background, a green triangle against a red sky. They don’t have fancy names, but numbers.

The pieces are glazed to look like glossy ceramic. Not so easy to do: four coats of varnish daily for 10 straight days. They sell in the $125 range, unframed.

They are, in a word, joyful, a tone that suits his present station in life, the calm port he’s arrived at.

“I don’t worry about being thrown off the top of the mountain any more. I am the mountain. The top, the bottom, the middle.”

The show continues at the Rooster, 303 Bank near Somerset, until Feb. 10. 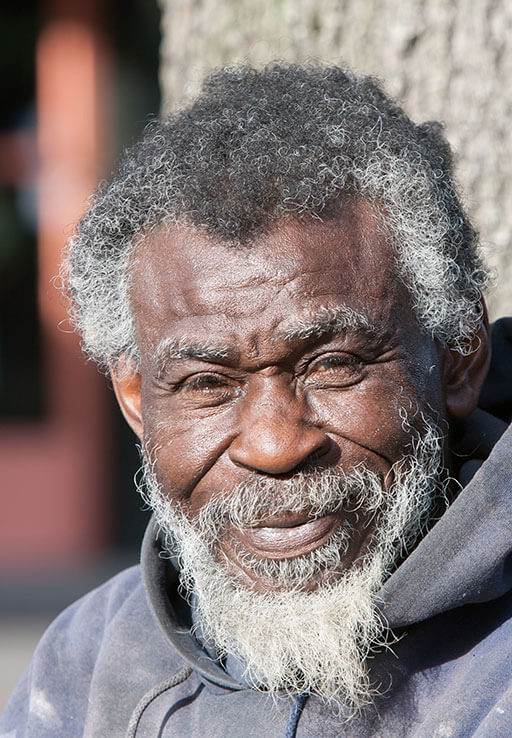