A Message from the CEO

I feel a sense of optimism at this time of year. We’re not free of winter quite yet, but hope and rejuvenation are in the air.

We all need a reason to hope, a reason to rejoice. Many people find that in their faith during the Easter season, while others find it in a newborn baby or a new job after months or even years of unemployment.

Here at The Mission, we have many reasons to hope. First of all, we’re still here! Even throughout the pandemic, you’ve kept us going through all the ups and downs. Our clients are finding work, finding apartments, and finding freedom from addiction.

I have the privilege of seeing these daily victories, and I’m also privileged to have a long-term perspective on our work. In the coming months, I hope to share some exciting news about our job training and education initiatives. I’ll also have some great updates to share about housing options for our clients.

Sometimes people are surprised to learn that we’re more than just an emergency shelter. They’re amazed to learn about our addiction and trauma programs, our hospice and our in-shelter classroom. They’re shocked when they hear that Chef Ric’s isn’t just a great place to go for breakfast, but it’s also a culinary school for those at risk of homelessness.

It’s such a joy to share this work with you and with our entire community. Your support has been absolutely essential to the stories you’ll read in this update. Because of you, Garry, Corey and David had a place to turn when they most needed help.

Their stories give me hope, and I trust they will inspire you as well. Thank you for being part of our story this year, and may God bless you abundantly this Easter. 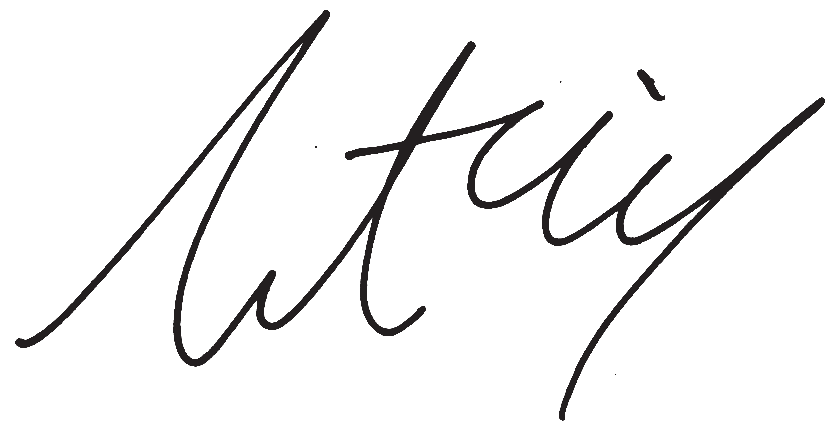 The desert and the parched land shall be glad; the wilderness will rejoice and blossom. Like the crocus, it will burst into bloom; it will rejoice greatly and shout for joy.
– Isaiah 35: 1-2a

Updates From Around The Mission

Thanks to your support and the help of volunteer ophthalmologists and optometrists, we’ve opened an eye care clinic to serve our clients. It’s located in our Dymon Health Clinic, alongside our dental and primary care facilities.

It will provide accessible, high-quality care to men, women and children who otherwise face challenges accessing eye care. Whether that’s challenges with finances, insurance or citizenship, they will now have a place to come for compassionate care.

Second Food Truck on its Way!

Another food truck will hit the road this spring in response to the growing problem of hunger in Ottawa. The first food truck started with 5 community stops each week, and now it makes 19 stops and serves over 3,000 meals a week!

Even running 7 days a week, we can’t keep up with the need in our community for healthy food.

Now, thanks to your support, a second food truck will provide warm and healthy meals to even more people in need. Thank you for making sure no one has to go hungry in this city.

Chef Ric’s Inspires the Country
We never expected our Ottawa-based social enterprise to earn national media coverage, but Chef Ric’s did just that. Journalists from CBC’s The National spent time with Chef Ric and several of our culinary training students late last year, then they shared their incredible stories with the country.

The response has been overwhelming, and all three of the culinary students featured in the broadcast, Casey, Ernie and Erica, have started new jobs. We’re excited for them and for all the graduates who have a new career thanks to your support.

Garry is a man with many stories. He’s lived in many different places in North America and worked many kinds of jobs – including at an airport, a hospital and a telecommunications company.

We met him a few years ago when he first came to Ottawa. In fact, he arrived at The Mission soon after getting off the bus from Los Angeles.

“A friend of mine recommended it to me, and it was actually a very pleasant experience, all things considered,” he says. “I was quite astounded, really.”

Garry had left school at 16 or 17, when he moved up to Brampton to start work at Northern Electric. He started drinking as he approached 30, and his alcohol consumption became problematic by his mid-thirties.

“It crept up on me,” he remembers. “I would reach for a drink whenever there was a difficult moment.”

Fast forward many years, and he arrived in Ottawa – and The Mission – in his early seventies. He was staying in the shelter and found out about the addiction treatment options simply by chance.

“The Hope Program was just there,” he says. “It was very helpful.”

The Hope Program is a three-month live-in treatment program held at The Mission. He also spent time in The Mission’s abstinence-based Stabilization program. Even today, he still has regular phone calls with Nives and Emma, the two program coordinators, and Robert, one of the addictions counsellors.

"The whole team is very good. I know I wouldn't be where I am without them."
– Garry

After completing the programs, he worked with Mission staff to find and furnish an affordable apartment. He’s still there today, and he hopes to stay as long as he can. Although the pandemic isolation has been tough, he has some friends he’s still able to see regularly. And because he loves to cook, he usually serves homemade food when they visit.

Garry now has a home and a kitchen of his own, but he remains a close friend of The Mission. He is especially grateful for the addiction programs and the incredibly resourceful chefs.

“Hope and Stabilization were very beneficial to me,” he says. “And the food was out of this world!”

From Troubled Teen to Recovery Advocate

Corey grew up in a rough part of Halifax, Nova Scotia. He had his first drink at age 12, became addicted at 13, and started using and dealing drugs at 14. This was just normal life in his family.

“I had my first trafficking charge at 14,” he shares. “My family was well-known to the police: my brothers, my mother… The police kicked in our door so much that I just got used to it.”

Corey grew up surrounded by violence and addiction. He was still enmeshed in the lifestyle and living in a dangerous area when he became a father, but he wanted to give himself and his kids a fresh start. He had heard that Ottawa was a good place to raise a family, so he decided to move.

“I remember my father telling me, ‘You can run, boy, but you can’t hide,” says, Corey. “And he was right, because as much as I wanted to quit drugs and alcohol when I came here, it took me another 20 years.”

Life in Ottawa was difficult, and Corey readily admits he set a poor example for his kids. He talks about addiction as being along a spectrum, and he places himself at the extreme end. He remembers times when nothing else mattered except drugs and alcohol.

“I didn’t care about cleanliness, food, shelter or even the law,” he remembers. “It’s just what addiction brings.”

Corey decided to seek help about two years ago. He started at our LifeHouse treatment centre, but a severe lung infection sent him to hospital for 6 weeks, and he had to leave the program. He was so discouraged that he completely relapsed, and he spent months in another shelter and occasionally on the street.

Last year he had the courage to try again, and this time he completed the full 5 months at LifeHouse. He knew it would take a lot of work, but he gave it his full attention and applied everything he learned to his life.

“It was absolutely wonderful,” he says. “The staff were amazing. If you ever needed to talk, even at 2 or 3 in the morning, someone was there for you.”

After Corey graduated from LifeHouse, he entered our Second Stage program, which helps clients transition from a treatment environment to independent living. He spent about 5 months at a second stage home in the community, and while there, he began taking courses in preparation for a new career.

“I hope to work in addiction,” he says. “I want to give back and help others. It was very inspiring to me whenever I met workers who had lived through addiction. Now I want to encourage others that even after a lifetime of drugs, it can be done.”

Corey has become a great advocate for The Mission’s programs. When he meets people who are struggling, he shares how much The Ottawa Mission helped him and encourages them to try it out.

“I believe everyone should get a second chance, even a third chance or a fourth chance. Among people with addictions I’ve seen so much potential, so much intelligence, but people write us off because of the choices we’ve made.”

Corey says there is one group of people who never wrote him off, who gave him and his peers a second chance. He would like to send a special message to all the donors of The Ottawa Mission.

"First and foremost, I would like to say thank you. Without you, the LifeHouse program wouldn't be here, and it is very needed. I want to thank you for all your help and say God bless you."
– Corey

A Letter from LifeHouse

I have dealt with addiction for most of my life. I was raised by a single mother in Belleville, but she passed away when I was 12, I didn’t really have any other family, so I went into youth homes for a while, but I was on my own from about age 15 or 16, I grew up pretty quick, and alcohol was just part of my life.

I first came to The Mission before the pandemic started. I had gone through a breakup and I no longer had a place to live, I heard through word of mouth that The Mission had some of the most compassionate staff in the city, so I came here. Things were going well for a while, but I ended up leaving Ottawa during lockdown, I went back to drinking and I self-isolated a lot. It was a very rough time for my physical and mental health.

I didn’t know if The Mission would take me back after that, but I reached out and they said I was welcome to try again, I came back and completed a month in the Stabilization program, which helped me begin to acclimate to a sober lifestyle.

Now I’m at The Mission’s offsite treatment program, LifeHouse, I have a one-on-one counsellor there, and all the staff are genuine in their desire to help. It’s a quiet neighbourhood and I even have my own room. Overall, the whole program is very conducive to recovery.

A lot of my problems in the past with housing and jobs and relationships, they were tied to substance use, so that’s my main goal in being here – to have more tools to stay sober. Last time I was here, I was thinking ahead too much. This time, I’m trying to just stay in the present, at least for these next couple of months.

I’m so grateful to have another chance at treatment. The people here are nothing but supportive and helpful. I’m never going to have anything bad to say about The Mission and all those who care enough to keep it going. Thank you!

Can you believe it’s almost Easter? At The Mission, we are preparing to serve thousands of meals to people on April 18th — and we’re hoping you’ll help!

For only $3.47 you can provide a special meal at our Easter Dinner and help bring hope to someone in need. 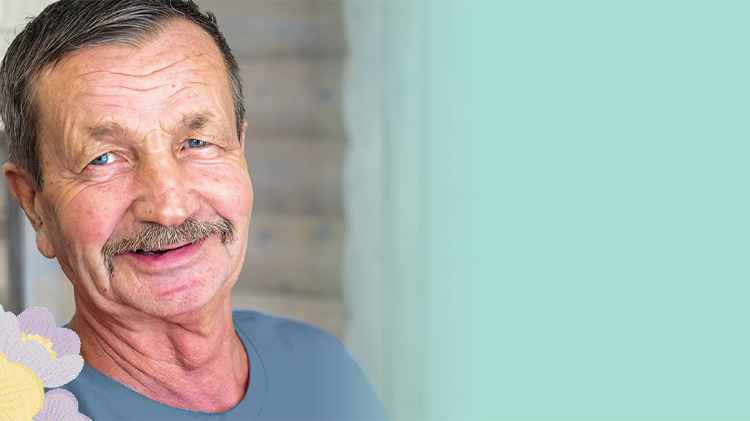 Give today to provide a hearty meal to someone this Easter.